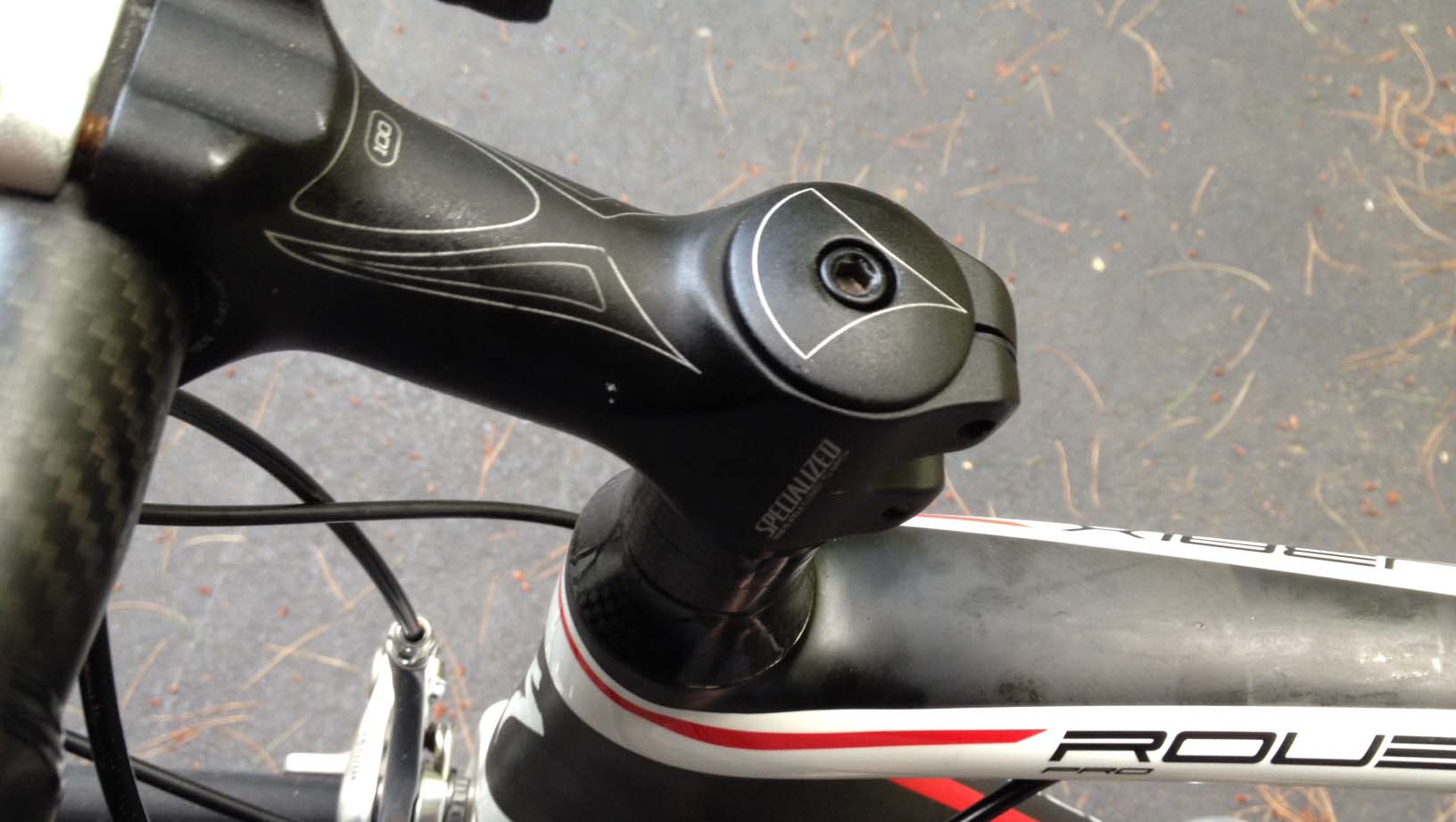 A couple weeks back, one of my riding buddies and I went out for a 40 miler.  Dave had gotten bored of his regular route and asked if we could do something different.  I hadn’t been out with him for a few weeks but knew exactly what he was talking about.  So we put together pieces of things we both knew but, in combination, were nothing like we’d ridden all season.

It turned out to be a long ride that, for me, isn’t quite over yet.

During one section where I was pulling, I just barely missed a narrow but deep hole in the pavement and didn’t have time to call it out to Dave.  He hit it squarely and blew out his back tire.  After changing it, we were on our way again.

Later up the road, Dave got out in front of me a bit.  Either he’s not good at holding a steady pace or I’m not good at keeping pace or probably a bit of both.  I lost him and it took us another 15 minutes to find each other.

Finally, within a couple of miles of where we were to split off to each head home, I hit a hole that he failed to call out and flatted my front tire.  I fixed that one and we were finally done, though about 45 minutes later than planned.

Over the next couple of rides, my headset was noticeably knocking and I feared I had damaged something when I ran through that hole.  I tried adjusting it but the knock didn’t go away.  Finally, I asked one of my service tech friends to look at it quickly when I was in my local bike shop to pick up some more electrolyte mix.  He said the headset had been a little loose and tightened it.  As he rushed to the next customer, he said “give it a try but I would sure like to lube it.”

On my next ride I noticed the noise was still there.  It was better but not gone.  I decided to go ahead and pull it apart and lube it.  I admit that I hadn’t had this done for a while. Extra time is not something I easily find a whole lot of.  It was a big accomplishment earlier this month to finally put away the ski gear we used to do Tuckerman’s Ravine back in April.

While I had the headset apart, I noticed the bearings weren’t turning really smoothly and their housings were a little pitted.  They cleaned up pretty well but I took some photos just in case.  Lubed the head tube and fork and reassembled everything.  Took the bike out for a spin and she was quiet.  Felt pretty good about having taken care of the problem.

When I put the bike up on the rack where it rests on its top tube I noticed the front wheel didn’t swing real well left and right.  I brought my Allen wrench with me on the next ride, backed off the headset top cap screw different amounts but didn’t notice any difference in the swing of the front wheel.

The steering isn’t stiff when I’m riding and the headset is still quiet so I’m good for now.  But, I know it’s time to replace the headset bearings.  And I should probably get a proper torque wrench too.  The bearings aren’t expensive and it wouldn’t take as much as a relaxed hour to pull the headset apart again and put the new bearings in.  Tracking down the right parts, picking them up or ordering them would be another hour.  Finding the time to do that, probably during the day, is the hard part.

It’s just one of a few nagging fixes I’ve got to take care of from time to time to keep my bike in good working order.  What’s one of yours?  How have you diagnosed and taken care of it?  How long did it take you to get it done?  Leave a reply below to let me know about your nagging bike fix.